Give it a rest. 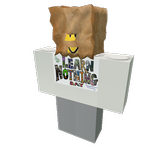 If it's Learn Nothing Day, if you still haven't learned anything, don't click anything anywhere. It's a danger.

This year's Learn Nothing Day was discussed on facebook, announced on Always Learning and in Just Add Light, but I didn't come in here until The Day Itself!

As usual...
It is as usual. I half expected it to be easier during a pandemic, but apparently not!

Pao Gut posted this, and wrote:

We failed at 9:00 am this morning!! We find out about water surface tension.... I tried not to... But didn't succeed at not learning today...

We're having a big online celebration here in México!! Wish we were doing boring things, but not... Maybe boring enough we won't encourage learning. 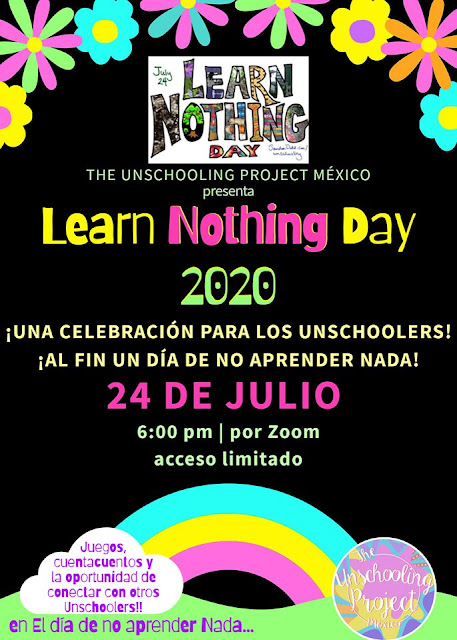 May you have merry thoughts 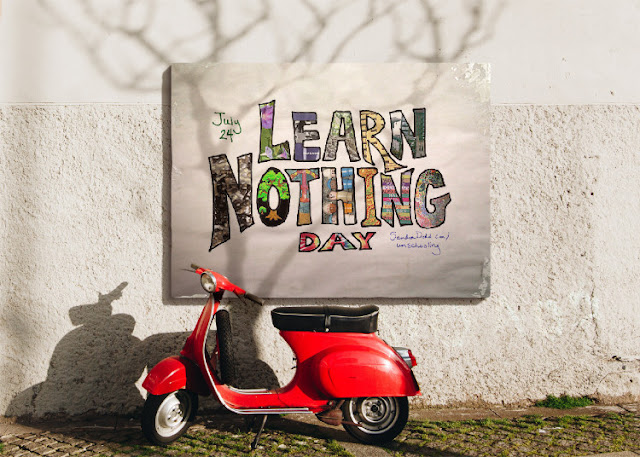 The reflection is nice 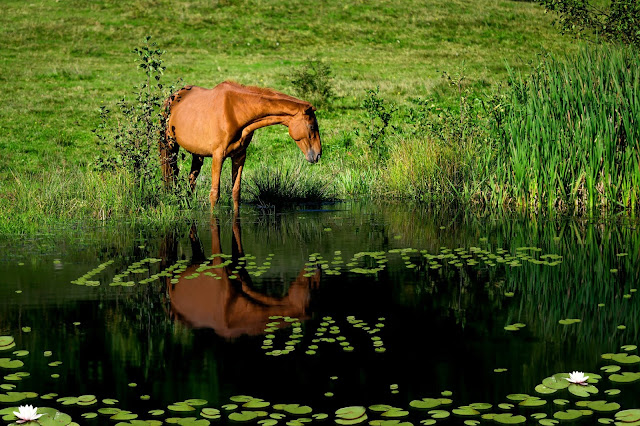 The reflection is nice, and the idea is sweet.

The artist was "amazing image" on fiverr.


So I was poking around fiverr.com, as I do most years before Learn Nothing Day, and came to a flower man who had this on his site: Languages spoken English, Hindi, Marathi, and Kannada.

Those were the three that Hema had sent translations of for the collection of "Learn Nothing Day" in other languages!!

Here is what I had wrote to the guy, to order the video, then:


Your languages are just the ones I want!

From Hema A. Bharadwaj in Pune, India:

It's "Aaj kuch mat seekho". Meaning "don't learn anything today" in Hindi.
And in Kannada it is "Evat enoo kali byadaa"
and in Marathi it i s "Aaz kaahi shikoo nakaa"


July 24 is Learn Nothing Day for unschoolers all over the world. Try not to learn anything.

The reason it's void in Utah is they have a state holiday, Pioneer Day, and they have parades and picnics, so it's impossible for kids not to learn that day. I'm not insulting Utah. It's sort of a joke, and a mystery for other people to find out why.

He had said he was unwiling to say anything rude or insulting, and so I explained "void in Utah." He couldn't, with his accent, quite say "void," but that's okay.

If you want to order something from him, or see other things he's done: I Will Deliver A Message As Flowerman, varun_karkhanis
He has some other costumes, too...

Email ThisBlogThis!Share to TwitterShare to FacebookShare to Pinterest
Labels: fiverr, Learn Nothing Day

No sheet-steel was harmed

No sheet steel was harmed in the making of this image. 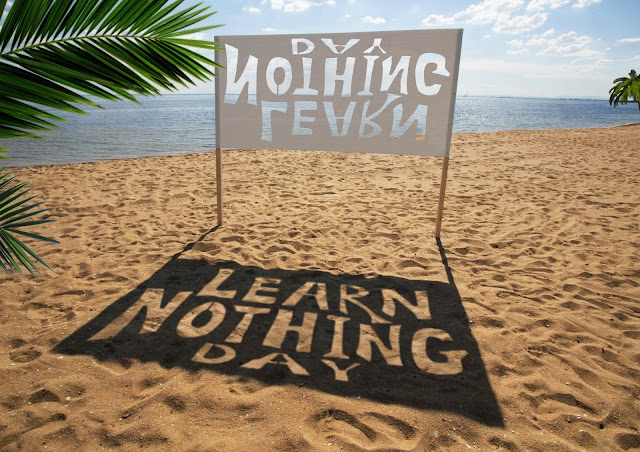 If you prefer to imagine that it was not only cut, but getting really hot in that tropical sunshine, then let me tell you that they also cut down some trees that were getting in the way. 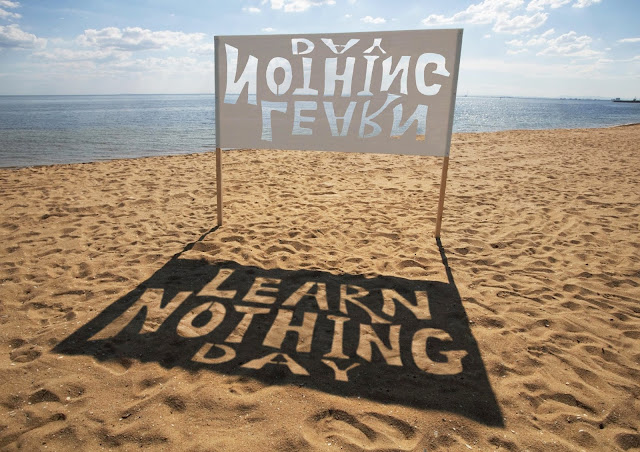 Learn Nothing Day is nine days out. Maybe you could read about plasma torches and modern welding equipment. That's all more expensive and dangerous than Photoshop is.

The art was done by Amine, in Thailand, who is mecamine on Fiverr.

Learning how to identify hippies

In 2017, Heather Booth reported on Learn Nothing Day at her house, with a bonus throw-back story.


It's the time of year again. Time to celebrate Learn Nothing Day! It's a fun, tongue in cheek holiday where unschoolers collectively try to go a whole day not learning anything to illustrate it's not possible.

This year started with Austin laying on the carpet face down in an attempt to not let any new information into his head. He got bored and asked if we could call a time out for a bit so he could play his game. Learning nothing is hard work and boring.

At some point he asked me if my friend Willow was a hippie. I asked him what he thought a hippie was. Here's the list he came up with:I asked him how many of those things a person had to do to be a hippie. He said five. I'm pretty sure Willow loves peace, I think she likes bugs, I know she likes the outdoors and participates in activism, but she doesn't have dreadlocks, isn't a vegetarian- but is a vegan. I've never seen her in round sunglasses and I wouldn't say her style of dress is "super flashy." I also don't think I hear her say man a lot. How many was that? Only four? Willow, you're not a hippie in Austin's book. Later that day he asked if we could go to the Lego store. We had been going about our day and I think we forgot we call Learn Nothing Day back on, so figuring out what was the best Lego set to buy for the amount of money he had didn't count either. Come to think of it, I don't think we ever called Learning Nothing Day back on. It was too hard not to see something new, figure something out, or engage in interesting conversation and really isn't any fun to go about a day that way. Basically we quit Learning Nothing Day and went about our learning as usual. Just the way we like it. I came across that while working on this page: Heather Booth, on Unschooling, which I needed because a link had gone bad (to her older blog) from The Big Book of Unschooling page, which I needed to clean up because the second edition was released this week, ten years after the first! There's a new cover and everything. 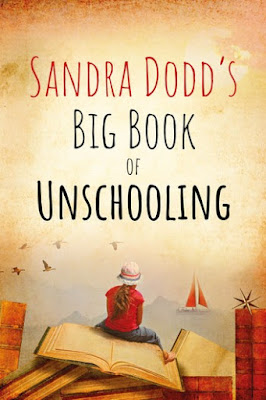