May good fortune attend you

It will be Learn Nothing Day somewhere in the world for the next day and a half or two, so do your best, wherever you are! Thanks for playing!
—Sandra

Art by Ang/moo from the UK (on fiverr.com); inscrutable/ambiguous message written by Holly Dodd.
at Wednesday, July 23, 2014 No comments:

Holly said the photo I had used yesterday here was not 2008, but was of her when she was staying in Quebec, in 2010. Now that I see them both together, you can see the t-shirt art was fading. :-)

So I've put an older photo with the artwork here: http://learnnothingday.blogspot.com/2014/07/about-logo-for-learn-nothing-day.html

About the Logo for Learn Nothing Day

This is Holly Dodd, the year Learn Nothing Day was new. The little photos below are links.

Here is some information on how the Learn Nothing Day logo was created, written as it was still in progress in 2008. I did the easy hippie part. Holly did the high-tech computer part (in notes from 2008):

I did this with pencil (first layer), Sharpie (traced the best pencil sketch lines on another paper), and then Photoshop Elements (cleaned up the lines some, reshaped some awkward bits).

Then I passed it and a bunch of images on to Holly, who knows how to do things like this:

Holly's computer has been broken for over a week, and I want this art quickly, so she's borrowing Marty's desktop which doesn't do everything so well, but it does have Photoshop Elements 2.0, which is the version she's used to. Marty's new laptop has Photoshop Elements 4.0, but Holly doesn't want to have to learn anything she doesn't know right now. I totally understand that feeling! [2014 note: That old desktop still sits in Marty's old room, now my sewing room. :-) Six years is a long time in computer-age.]

Holly is figuring out which images will go well under what shapes and in what color arrangements. I gave her lots of images and she's going through and choosing what will work on various letter shapes.

The shape of the R, she said, made it more difficult, but she's enjoying the challenge.

I was in watching her resize and then move images around underneath to see that what peeks through the letter is optimal. She showed me one setting that restores the whole images beneath and said I could show you all IF I make clear that it doesn't look like that while she's working on it. She doesn't want anyone to try to learn how from a misleading image, I think. As she's working, all that shows is what's inside the letter, which she has emptied of color (made transparent).

So here's a preview of the art for Learn Nothing Day. When it's finished, you'll be able to print it out to put on your door, or use it small on your calendar or add an icon to your blog or MySpace, if you want. We'll put it on Cafe Press, too, and there will be a contest or two. We're still brainstorming. It's been fun.

Nicest history and review ever!

She has links through the ages (well, back to the beginning, six years ago), which I haven't even managed to do well myself yet! Please read that if you're curious about Learn Nothing Day, or want to see a nice summary.

In reading there on her site, I saw that she has a page on me. After an intro about me (and she has photos, too), Cathy moves (in response to a question someone sent her) toward how Christians can think about whether to take advice from (or buy a book by) someone whose beliefs don't match theirs. That was not easy reading, but interesting to consider. That first photo is me looking at medieval tiles. That was FUN.

Cathy's family has been very sweet to me. Yesterday I was at the Apple store having a one-to-one session about how to use iPhoto with my new phone, my iPad and my computer. The young man was very sweet. In the course of learning how to shift my photos through and among those three devices, I deleted (on purpose) all the photos on my iPad. Then I wanted to practice putting some back. I chose the folder I have had for many years (since before the iPad was invented) of three photos Cathy sent to me of her horses, when I had first written and said I loved her mailing address. It was

She sent photos, to show me why it was called "Longfields." She invited me to visit!

Their family will move from that place soon, where I've been, to a new home in Norfolk (still the UK). I hope to get to visit Cathy there too, someday. Her children are growing up quickly, and I hope to get back while Kate is still home.

So the only photos on my iPad at the moment are by Cathy Koetsier, from 2009 and 2010. I have looked at these beautiful photos many times. 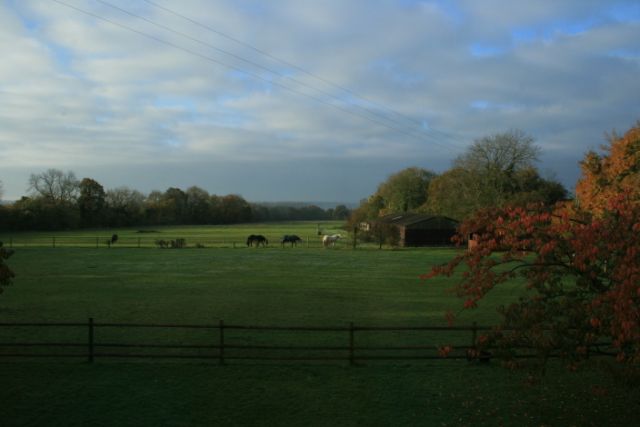 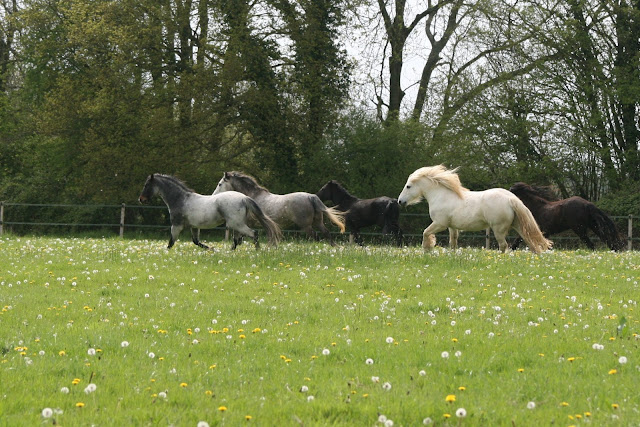 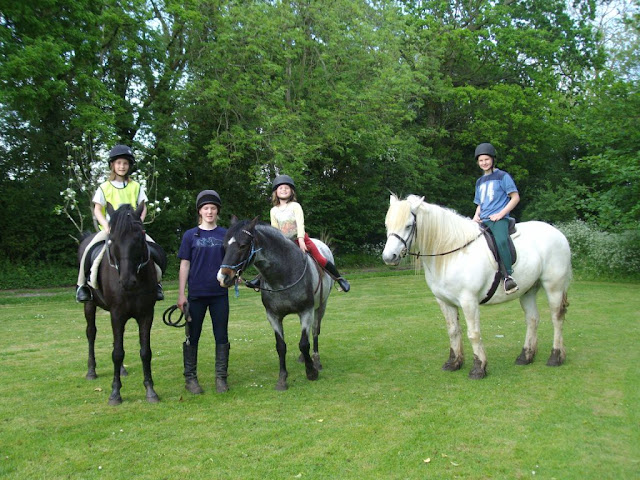 Let your thoughts wander far and near. Let connections flow. Just don't do it on July 24.
at Saturday, July 19, 2014 No comments:

A week from yesterday!

This is the same artist, nicred, who did this: Wait for it… You can order some of his tricksy art here: nicred
at Sunday, July 13, 2014 No comments:

Joyce Fetteroll played around and created this!


If you know what these things have in common, click LIKE. Don't give it away!
A thin grade nylon
A tiny angled horn
A Lady enthroning
A tinny old hanger
A nondrying lathe
A randy Noel night
A dingy north lane

After a few comments, she came back with more!

I wrote "Poor Henna Girls, though! Everyone else is IN!!!"

Joyce cleverly responded: "That's because of the "tardy henna log in". They need to register earlier next year!"


Joyce wasn't through. She added:


Last batch I think! You will need to get this all out of the way in the next 30 days:
Do Learn Anything!

And just in general "Learn A Dinghy Ton!" everyday.

(There were *a lot* of anals.) We need some prettier images after that. Like "Organdy Hat Linen". "Ah! Golden Yarn Tin." "Tinny Garden Halo." "Granny Hotline Ad."

(Note to self: To turn the "snow" back on, reset var SNOW_no = to something besides zero. The snow was making iPad screens jump, if scrolled to the bottom of the "page.") 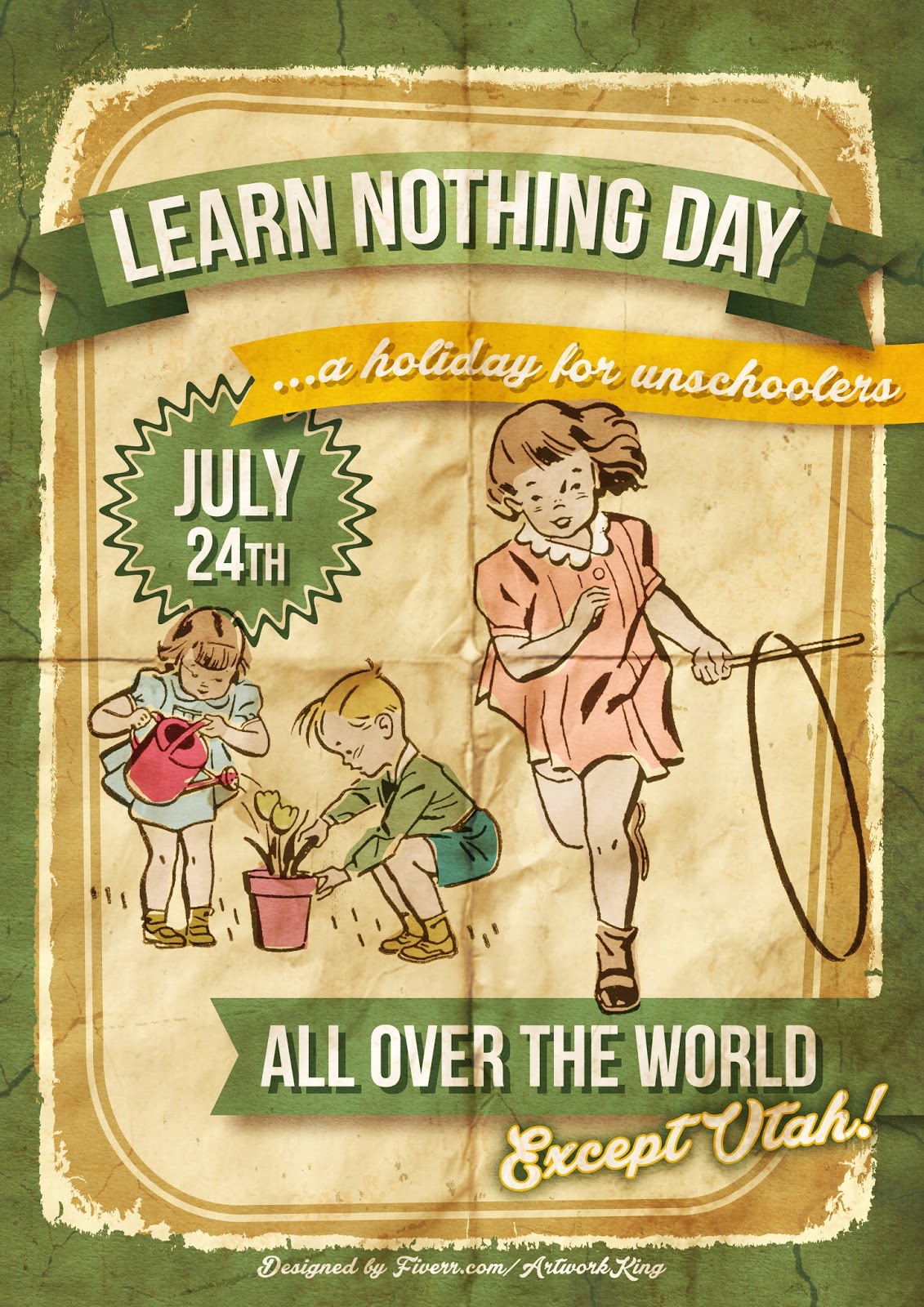 by artworkking, from the UK, at fiverr.com
I think if you click this you'll get a larger image.
Feel free to print it out and hang it up, or to put it on a t-shirt or bag or something. Share it as much as you want to.

I've come to add the word "poster" so I can find this more easily in the future. Sandra from 2018, needing to find it FROM the future.
at Wednesday, July 02, 2014 No comments: