This popped up as the next video after I was watching the Polikowskys Roblox video with Devyn today.

—by Jessica Sexton, on the second Learn Nothing Day.
at Friday, July 27, 2018 No comments: 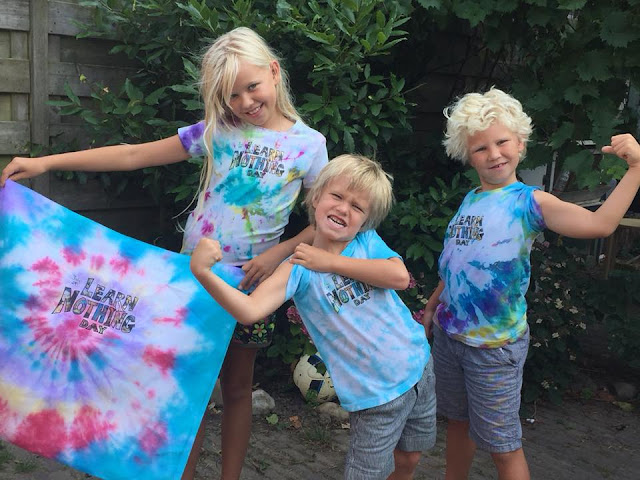 Galina Erkamp had the idea. Tessa Onderwater organized the tie-dying. Saskia Ruder put photos of the doings of the kids in that group over the past year behind the letters of the logo, and printed iron-on transfers, at a gathering at Tessa's house on Learn Nothing Day in Rotterdam, 2018. 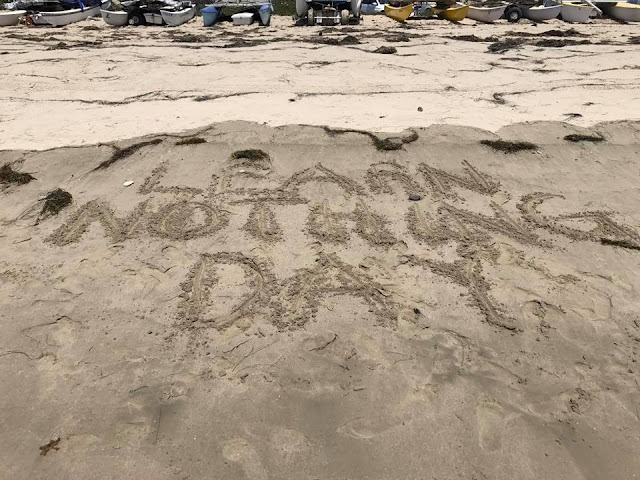 "This might still be there!" I thought, for an instant, being a desert-dweller. :-)

A family fails to stop learning

“I can’t even bake! This is pointless! I can’t do ANYTHING without learning!” Sydney, age 8.
This is the first year the kids have had such fun with Learn Nothing Day. The tongue-in-cheek holiday from learning happens every year on this day, which is also Sandra Dodd’s birthday and not a coincidence.

We tried, as much as unschoolers would attempt to stop learning, but it was hard. Sydney was cutting up an old shirt to make pajamas for her new build-a-bear while we watched the Middle East Top Gear special. As Sydney learned new stitches we all learned that most of Iraq is peaceful and beautiful. We learned about motors and that an egg won’t fry on a spoiler- even when it’s been driven through the Syrian desert all day. We learned how long it takes to drive 226 kilometers and that a car radio can be re-wired to play the same song over and over at the same volume with no ability to stop it 😂

Then we went to see Mama Mia. Ugh. That sealed the deal. We identified flags, talked about the use of flashbacks, Greece, Italy, set decoration, actor casting, how much three tickets would have cost without Movie Pass and how much money we’ve saved this week... we just couldn’t stop learning, which is the fun of Learn Nothing Day.

When we first decided to homeschool I grieved a bit (okay, more than a bit). No standing at the bus stop on a crisp fall morning, no going for a run, reading...writing... before picking the kids up in the afternoon. No going back to work...

We had such a bumpy start. Without Sandra and the group she’s created we would, for sure, not be where we are. And I can’t imagine being anywhere but where we are right now (okay, maybe Greece- we did just see Mama Mia!) Living life with these two awesome humans is the very best place to be.

Having Kristopher and my focus be 💯 on their learning has given us the gift of peace and personal growth in ways we couldn’t have committed to otherwise.

Happy Learn Nothing Day fellow unschoolers! I’m sure your day was as successful as ours 😁


I wrote to Jen for permission to use this, and she wrote some more!

Yes- you can certainly put it in your blog.

I think I could have written 3,000 words off the top of my head. We had such fun with Learn Nothing Day today! It was neat to see the kids pointing it out over and over again. Maybe it was that I got it more then ever before. Throughout the day I’d have moments where I realized how much the kids were learning at that moment- the ones where we were just doing normal human things, like we do every day. Watching TV and running to the map to confirm which country borders Iran there, using google to be sure that is the Greek flag and not Sweden. What I wish I’d said in that post, and meant to, is that learning literally happens every minute of every day and I’m learning sometimes supporting that is staying out of the way, or at least doing only what’s asked. It’s just the coolest 😍

New Art from the Netherlands

I'm going to assume even the Hawaiians have had enough Learn Nothing Day for me to share something.

This art came out of a meet-up in Rotterdam, in The Netherlands on Learn Nothing Day 2018. I don't have details yet on who should be credited,
"The idea was from Galina Erkamp en Saskia Ruder put the prints behind the letters."
and I don't have notes on the images, but here for starters are these: 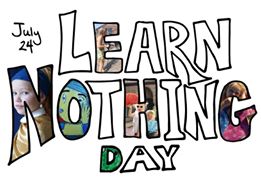 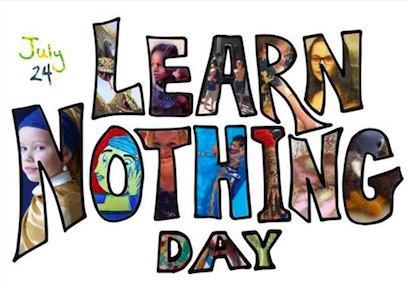 Info is still coming in... but they printed iron-ons of this art to put on t-shirts.

JUST TRY not to learn.

Sweet little podcast, about that...

One month until Learn Nothing Day 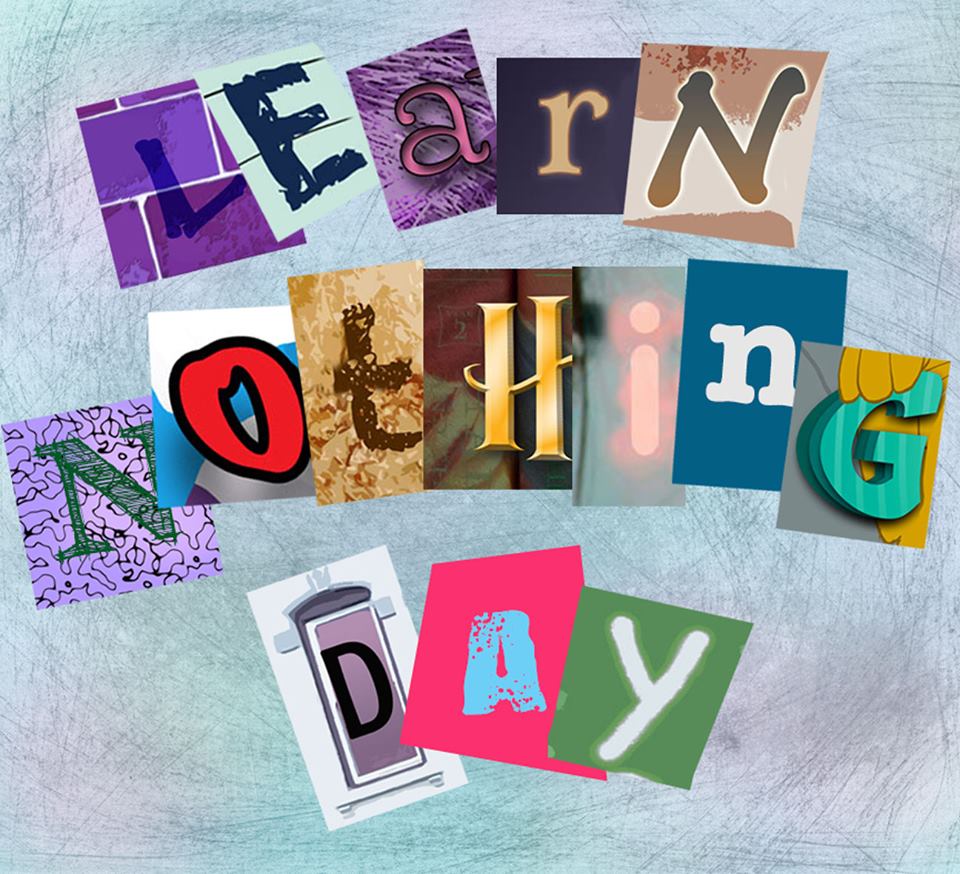 Joyce Fetteroll did this art in 2016. Click it, to learn more.